Some Tips To Make You a Better White-Tailed Deer Hunter 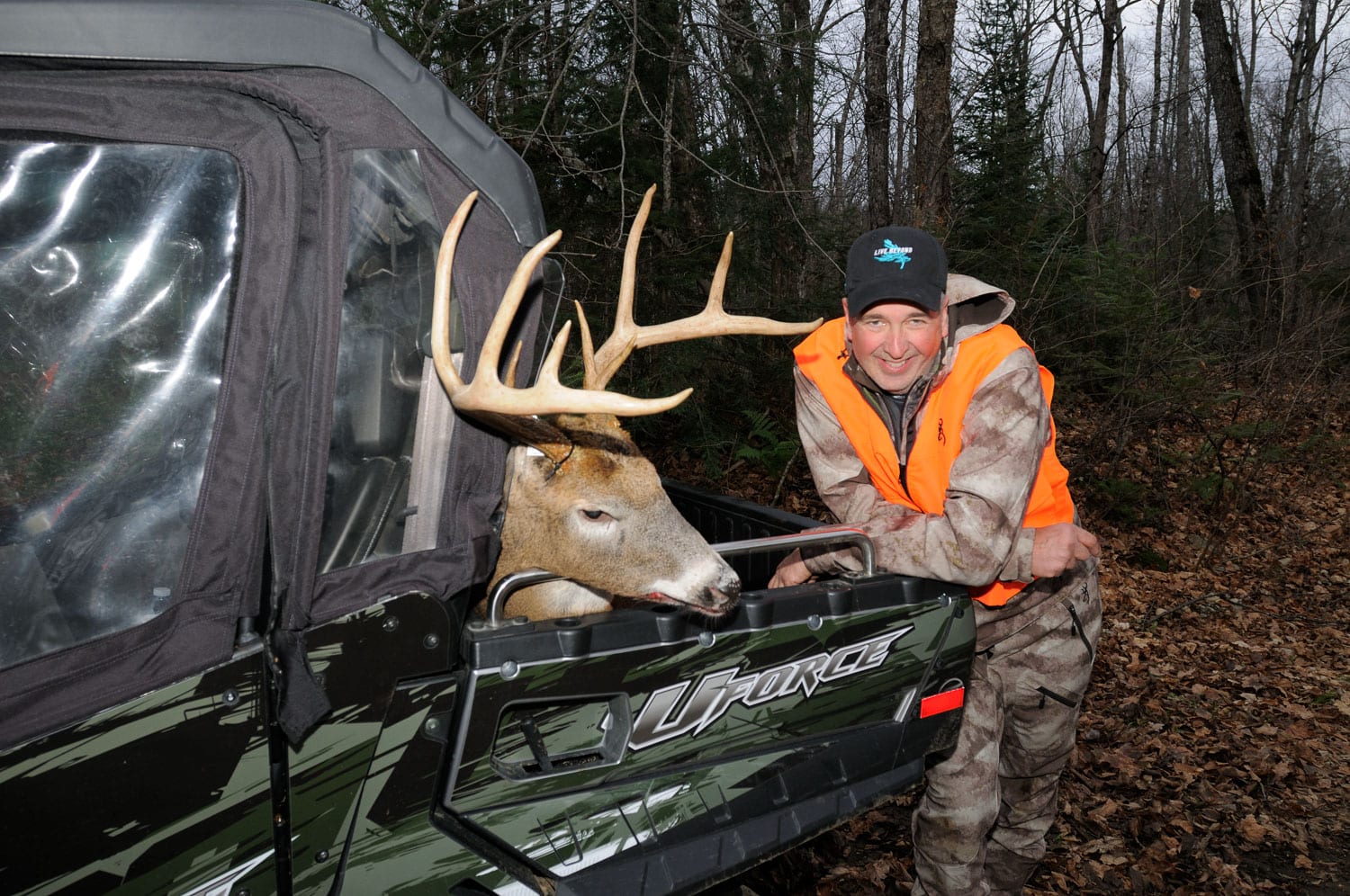 When you want to go for the deer hunt that has been driving your dreams for a long time, it’s better to have a good bag of tricks, techniques, and tactics.

Every year, it is estimated that only 33% of the 145,000 hunters will succeed to harvest a deer. So I’ve compiled a bunch of tips which I hope will help you to achieve your ultimate goal during the next fall deer season.

Before even thinking of venturing into the woods with a rifle, you have to know how it works and how to use it enough by going to the shooting range. You must learn to be in control, to be precise and to be comfortable in different shooting positions that may arise while hunting. Safety is your highest priority and remember to always know what you’re shooting at and what is beyond what you’re shooting at.

Remember that it is essential to hunt with exactly the same type of ammunition you had when adjusting the riflescope. Any change should inevitably result in a new shooting session to certify the accuracy.

It is rather risky to walk on a territory without having surveyed it beforehand. You should take the necessary time to do it. This will allow you to locate potentially productive sites and know its limits so as not to encroach on the neighborhood.

Set up your ground blind or tree stand, depending on the prevailing winds, at least 100 meters away from your baits, mock scrape or a place frequented by deer. If it is already in place, it is never too late to correct the situation. Your success will be reflected by your efforts. You will have to do a lot of prospecting, accumulate the data, make detours to get in and out of your hunting spots to minimize your presence in the eyes of the deer. Trail cameras are a huge help in monitoring the deer activity in your area. If you don’t have any, now is the time to get some and set them up. SpyPoint makes some great and affordable cameras and they are based in Quebec.

The ATVs are incredible vehicles that allow us to venture where we want in the backcountry.

The use of an ATV is ideal to fill our bait sites. The deer become conditioned to the generated noises and they even associate them sometimes by means of transport which comes to supply their buffet. Remember that as the fall progresses, the habits of the animals change. During the last week before your hunting season, to avoid making the big bucks suspicious, do not get off your ride to prevent leaving your body odor and to avoid contamination to the location with your boots.

Once the hunting season begins, park your motor vehicle at least one kilometer from where you plan to hunt. Avoid slamming doors and revving up the engine at high RPM if possible.

Stay away from trails, paths, and anything shaped by humans. Field studies have shown that 90% of hunting pressure disappears 500 meters away from pedestrian or motorized access roads.

It is a very good idea to have as many geolocation tools as possible, such as GPS, compass, and maps in order to get a good overview of the territory and to locate promising sites. Plus getting lost is not something you want to deal with, especially in the thick woods.

Put on your new hunting suit and check if it is noisy. There is nothing worse than noisy trousers in contact with branches and shrubs. Avoid the Velcro too, because it generates too much noise when you have to separate it.

You would be better off favoring rubber boots because they are less odorous and their soft sole is less noisy on the move. Make sure your pants are over them to prevent the noise generated by contact with vegetation.

Odor control is one of the most important things to remember. Whether it’s from your clothes, your equipment, your surveillance cameras, or your body odor, you will never achieve your goal if the game feels you from afar. Never wear your hunting clothes in the camp or at the restaurant so as not to accumulate unwanted odors. Try an odor eliminator like NokOut. Just spray it and let it dry.

Some rifle straps may cause unwanted sounds. Cover all moving parts that may cause noise with black tape.

If you hunt in a tent, avoid panel flapping and do not open windows from side to side so you do not get too visible.

To protect the lens of your rifle scope, equip it with a retractable cap or wrap it with a clear plastic film. You will not have any bad surprises in case of rain or snow.

Before the start of the season, explore your hunting site between 11am and 2pm to avoid disturbing the game in its habitat. Refrain from cutting and disturbing the surrounding area. Remember that rainy days are perfect to visit your location, as the odors you may have left are washed by the rain.

Although it is advisable to use natural or synthetic deer scent lures, do not apply them too much to prevent saturating the area with unnatural smells.

Although many hunters go to their spot in the early hours of the morning, I prefer to go at sunrise to avoid any risk of repelling deer without even seeing them. As soon as the light of the day comes, slowly move towards your site. If a deer stares at you, gently wave a small white rag from left to right, that will mimic the tail of a fellow member. It should calm him down.

Make a habit of always wearing gloves. This way, you will avoid putting odors on the branches and on your equipment that stays in the forest.

It is important to hunt in a good wind. You must know where the deer come from and be cautious hunting a spot if the winds are blowing in their direction. Too many people think only about their bait. Deer will follow their nose before anything else, so check the wind.

The smell of black earth scraping represents an extremely interesting olfactory lure. Whether in the early morning or mid-day, make some mock scrapes before you settle on the lookout. It is the odor emanations of the scraped soil that attract deer. It’s also a good idea to drop a little scent here, like doe-in-heat, or scape scent. Deer use these scrapes as a way to communicate with other deer.

If, after three to four days of hunting, there has been no action at your usual site, it may be time to change places. A little prospecting can be very useful. Areas where the type of tree species changes from broadleaved to coniferous or young to mature forest are often favorable to moving bucks and are good places to explore.

Even if it is tempting, do not go to see the pictures of your hunting cameras too often to prevent leaving olfactory traces. If it works in your area, there are new cellular game cameras that send you text messages of the pictures. These are amazing tools.

In closing, find out each day to know the legal hours and do not hesitate to call for a blood trailing dog if necessary.