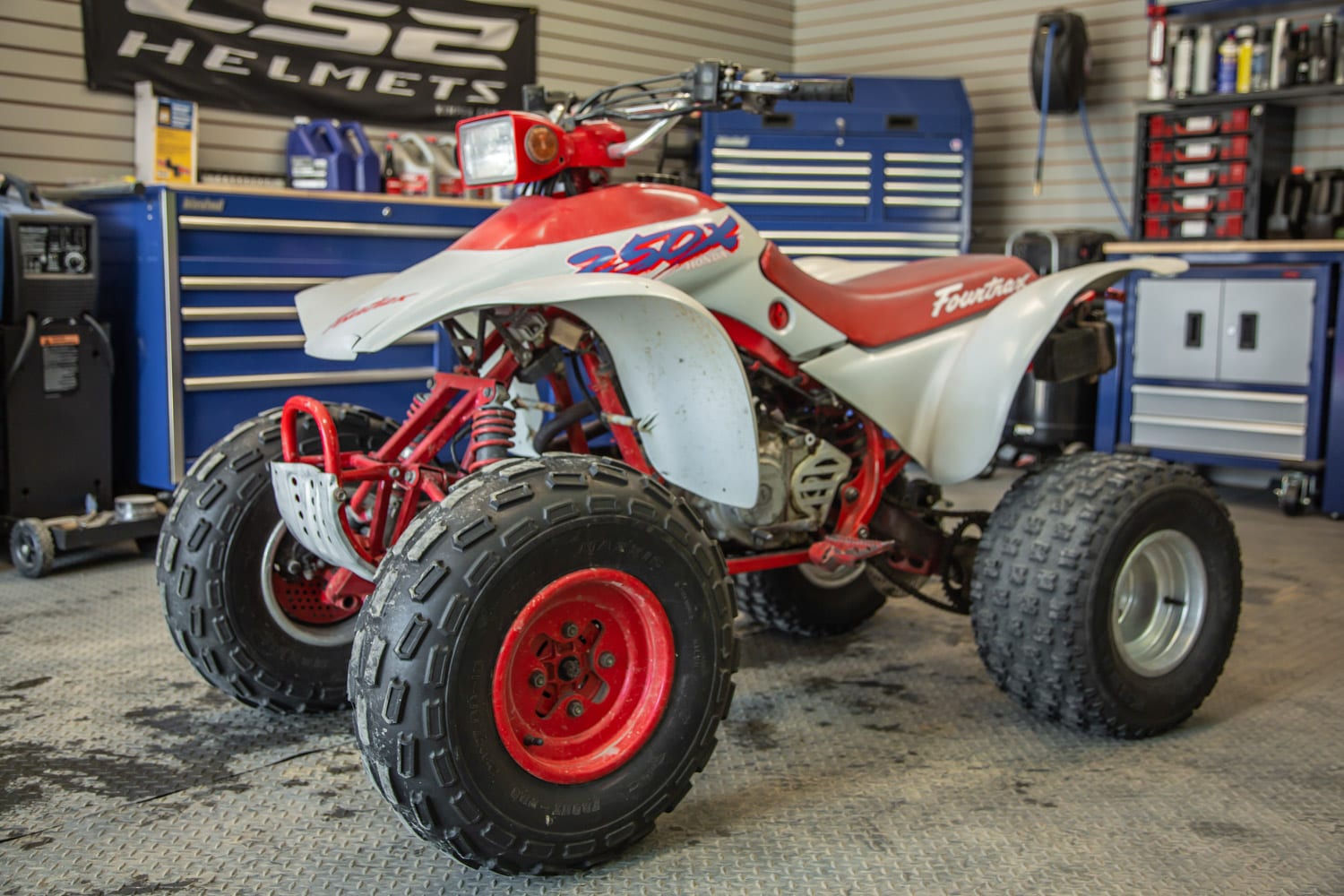 If you have been following us for several years, you are well aware that the ATV Trail Rider team strives to provide you with the best information relating to the quad activity all year round, and this, for more than ten years already. Rigor and consistency are among our primary qualities for you, our readers, and for the thousands of listeners who view our web TV, which is already in its fourth season.

However, through the many occupations related to our profession, we have the privilege of participating in projects that highlight our creative minds combined with mechanical aptitudes. You have probably witnessed our custom vehicles on social media which have created a buzz all over the planet. Whether it is our Polaris ACE 900X, our Can-am Defender, or our CFMOTO ZFORCE 1000, to name a few, they have been viewed thousands of times, and we constantly have questions from you, the followers, even several years after their conception. Nevertheless, they are our pride. Therefore, we are happy, especially with the design and extreme modification of a Can-Am DEFENDER – Expedition Build, which is briskly heading towards one million views on YouTube.

You’ve probably noticed that we’ve done our conversions from new vehicles in the past. This year, we have decided to push the boundaries a little further. After several moments of reflection, we decided that it was high time to undertake the restoration and personalization of a used quad that suffered the abuse of several years of intense use. Several team members are passionate about vintage vehicles and recall moments from the history of the past.

Therefore, the founder of ATV Trail Rider owns a quad which is part of ATV history. This vehicle is so familiar to us as it is in the recording studio where you see the interior scenes of our many reviews. This 1987 HONDA TRX 250X is a vehicle that has belonged to the Maillet family since its purchase during its first production year. The ATV passed into the hands of Steve’s father and those of many members of this charming family; they wanted to have fun riding a sports vehicle, which was a reference in a not-so-distant time. So this incredible machine has now been part of the Maillet family heritage for 34 years.

Unfortunately, for several years now, the HONDA TRX 250X has been sitting in the garage collecting dust rather than being the fun to drive vehicle that sparked our friend Steve Maillet’s passion. This quad shows apparent signs of wear and is no longer as exciting as it used to be. Now is the time to restore the prestige of this classic machine of the 80s, and it will surely bring back memories to many of you.

A brief retrospective of the HONDA TRX 250X

The TRX 250X is a 246cc four-stroke sport model and was introduced in 1987. It featured a five-speed transmission with reverse gear and adjustable suspension and was very popular among ATV racers. Honda created the name FourTrax in 1986 for its line of four-wheeled ATVs. However, it was in 1984 that Honda introduced the first TRX200 Honda four-wheel ATV powered by a durable four-stroke single-cylinder engine equipped with a five-speed transmission with shaft drive and reverse.

The TRX 250X was not the most powerful on the market, as it was no match for other sport quads powered by 2-stroke engines like the TRX 250R. However, it could boast of offering reliability, which its buyers were looking for above all. Moreover, it provided sporty handling and excellent maneuverability due to its very lightweight. It later paved the way to the TRX 300EX and 400EX, which are aesthetically almost identical.

Unfortunately, HONDA no longer offers sport-oriented quads for the Canadian market today. This is one of the many reasons we wanted to revive this HONDA TRX 250X 1987, which is a monument of the past.

The words “old school” and “vintage” are very trendy, and they refer to a previous generation of an idea, a subject, an object, etc. But, generally speaking, the named issue is often highly regarded by a majority of followers.

Here is the mission we want to give ourselves: to revive a classic. We want to give it a look that exceeds the imagination, thanks to our combined ideas. The ATV Trail Rider team is experienced, and we are taking advantage of our expertise to carry out this project which will attract a lot of attention. The main subject might seem complex to many, but we’ve got what it takes to create a masterpiece that will blow your mind.

Even though this ATV dates back to the 80s, we want to transmit our ideology of what this machine could be almost 40 years later. Mechanically, it will be overhauled back in its original state, and who knows, maybe with a bit of hp boost (!) Aesthetically, this is where the changes will be most noticeable. We have already compiled a long list of improvements to take it to another level.

But that’s enough for now. I’m not going to give you all the details of this transformation, but it will live up to our previous builds. So stay tuned; in a few weeks, you won’t want to miss the presentation of the HONDA TRX 250X 2.0 build from the ATV Trail Rider / Planète Quad team.