Carl Patoine – Profile of a builder 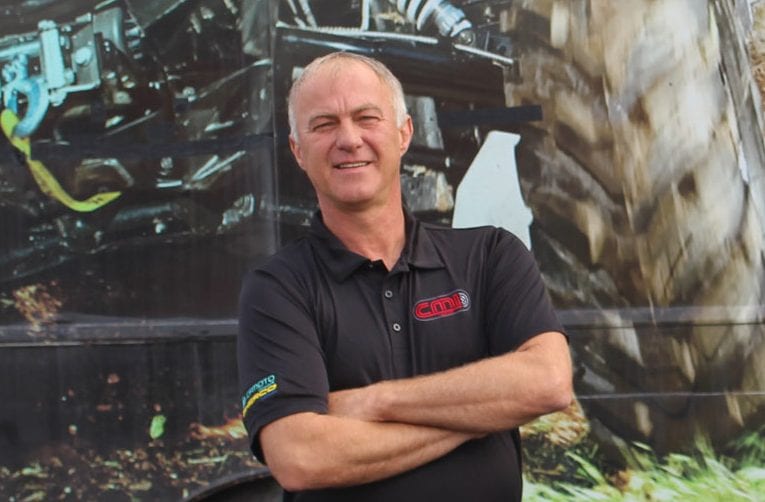 Carl Patoine was born in 1964 in Scott Jonction, a small village in the Beauce region in Québec. His father owns a repair shop for recreational products and small engines, and sellsYamaha, Suzuki, and Moto-Ski snowmobiles. Ernest Patoine, the father, is also a racer on a three-cylinder Moto-Ski snowmobile. He races with the Villeneuve brothers, Gilles and Jacques, and Yvon Duhamel.

By age four, Carl already rides around on his motorcycle Skeeter, the Moto-Ski mini bike. Life is beautiful until August 24, 1974, a milestone for Carl. His father Ernest goes down to the basement to cut a metal piece. He does not know that a fuel tank is leaking, leaving vapors of gasoline.

At the first spark, an explosion sounds. The powerful blast throws Carl’s father through the door. His body is in flames and he suffers third and fourth-degree burns all over his body. Fortunately, he will survive but his recovery will be long.

Meanwhile, Carl, now ten years old, faces the adversity head on. He does not give up and starts cleaning the garage. This may be his first task as an entrepreneur perhaps?

The young Beauceron sees the community come to his home with farmers, and neighbors who will come to help him put the garage back on track. He discovers the force of mutual help. Even 45 years later, he remained faithful to this region that he could have left to go to the city. Professional affairs resume, with help from Suzuki and Bombardier (who bought Moto-Ski).

Carl felt out of place, and he drops out of high school. He goes to work in the tobacco industry, and from there to Alberta in the construction industry. After a few years away from home, he returns to Quebec and spends three years selling cars, a somewhat lucrative trade. But it’s now time to go help his father in the family business. The money just wasn’t there. He proposed to his father to be paid by the sales percentage rather than the hour, and salary increases, along with sales.

February 22, 1993, is another milestone. He meets Hélène Binet, a resident of St-Benoit-Labre. It’s the beginning of another great adventure. They will have three children and work together, Hélène bringing her knowledge in accounting, finance, international business, marketing, all skills complementary to Carl’s mechanical abilities.

We do not escape the hereditary influence, as our young hero embarks on the “road race” motorcycle competition. Two years amateur, one year pro, he won a championship and fought against well-known pilots like Mario Duhamel, Michel Mercier or Steve Crevier. In his last year of competition, he runs a Suzuki RG 500. But funds are lacking so he puts his focus on the family business.

His father got sick at age 55, and the company is sold in 1996. Carl has to find a new job. Hungry for big spaces, he became a long-distance trucker. But after doing that a while, he understands that he is a recreational sports guy.

In 2003, he wanted to open a store. That’s when Hélène, who knows international trade, suggests a new path that will change their lives. “You have to import vehicles!”

No sooner said than done, they imported a brand of Vietnamese ATV named A.I.E. But it’s not so easy. They have to register the products with Transport Canada, and that takes time, a lot of time, especially when you are surrounded by big brands. Carl kept his other job during that time.

One day, a 10 x 10 booth is reserved for the “Salon” show in Quebec City. Then he travels the country with a small 5 x 10 trailer and three ATVs on it. After a while 89 ATV dealerships were open, that was a great success. But the Vietnamese product does not live up to its expectations. Carl was used to Japanese or North American manufacturers, and how they are organized, offering reliable and well-designed products.

With A.I.E, many issues of reliability and design arise. Carl kept his head up. He does not run away from the customer’s complaints and he takes care of the defects.

The benefits to importing these machines started to melt like snow in the sun, but Beauceron has a strength of character. He and his wife do not give up. In November 2005, they headed the Eicma show in Milan to find a new ATV brand to distribute. Among the 200 Chinese brands, they find CFMOTO, which is the only brand with a 4×4 ATV. Two ATVs were sent by plane for the first tests that ended up being conclusive. In April 2006, after 18 hours by plane to Shanghai and two hours by bus, Carl found himself in Hangzhou, at CFMOTO headquarters, for the unveiling of the new models.

The Chinese asked Carl to take the handlebars to make the presentation to the 800 distributors present. The contract is signed for distribution in Canada. Well, not quite, because CFMOTO also made promises to another Canadian company. Carl does not give up and says he wants to be exclusive in Canada or nothing at all. He finally won, and the CFMOTO adventure began in earnest.

With his past experiences, he works to make the vehicles more reliable with better quality products and components, such as CVTECH clutches, or for a while the Elka suspension, which are always offered at CFMOTO on special editions. In the case of CVTECH products, they now equip CFMOTO worldwide. The waterproof electrical harnesses are made by the Japanese company Sumimoto and Yuasa batteries are preferred to the original ones. To confirm their reliability, CFMOTO products are guaranteed for 5 years, an industry first. With this strategy, the brand makes its name and improves.

Carl Patoine does not confuse speed and hurry, but he knows how to go fast. For example, one day he gets a new vehicle at 2 in the morning. Immediately, he takes it out of the box, puts it up together and tries it. At 7 o’clock in the morning, he asks Hélène Binet to order 500.

Racing competition is important for him too. The Snyper 600 raced at the Montreal Supercross and the 12 Hours of Endurance at La Tuque. Those were perfect opportunities to show the performance of CFMOTO side-by-side.

Other vehicles were imported by CMI Society. There was the Peugeot scooter episode. The scooter market was up in 2007 and the couple convinced the French company to entrust the distribution of their small two-wheelers. They organize a presentation in Quebec and manage to get pre-orders for 3000 scooters. But the economy collapsed in 2008. GE Capital, which financed the dealers, is withdrawing. Stores can no longer fund and canceled orders. Scooter sales went down 80%. The company will lose a lot of money with that.

But that does not stop the businessman. He has just taken over the distribution of the French motorcycle Sherco, a brand of high-performance off-road bikes. And he also has other projects, in other segments, to diversify and avoid putting “all his eggs in one basket.”

On a personal level, Carl and Hélène have three children, Alexandre, Olivier, and Émilie, all of whom have worked or will work in the company.

When he does not work, Carl likes to go out in the woods, chop some wood and be in contact with nature. He likes to hunt moose and deer.

He now lives beside a beautiful woodland, in a country house with a stable and horses, Hélène’s passion.

To conclude the interview, Carl Patoine confides: “My goal is the satisfaction of my clients. What is important to me are values ​​and honesty.