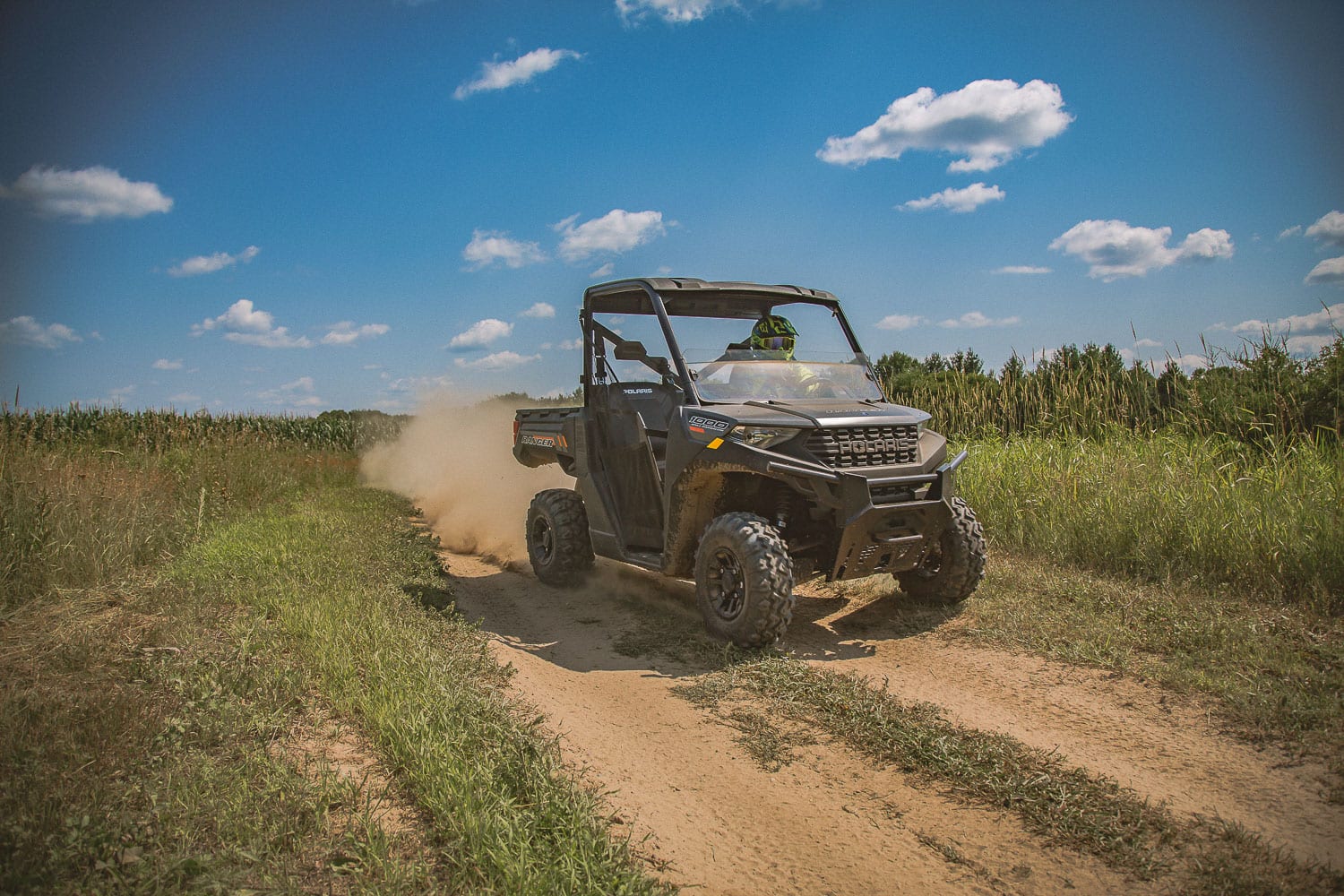 Polaris celebrates its 65th anniversary in 2020, which goes back to 1955 when the company started out with its first snowmobile. The off-road vehicle division made its debut in 1985, with its very first all-terrain vehicle called the Trail Boss 250. Years later, out came the first version of the Polaris Ranger, which was introduced in 1999. Just like today, this edition was mainly intended for hard work, with its six wheels and an engine that produced 25hp. Over the years, the Ranger lineup has undergone many changes and improvements.

In 2019, for the twenty years of existence of the Ranger model, Polaris has presented the Ranger XP series anniversary edition. Completely redesigned, Polaris presented what they envision the utilitarian world of side-by-side vehicles would be. It is designed to work hard, indeed, but it also offers a refinement reminiscent of high-end pickups, with remarkably well thought-out luxury and exceptional craftsmanship.

Without any doubt, the utility segment of side-by-side vehicles continues to gain new followers, and the reason is simple – manufacturers take into account the consumer’s needs. The new Ranger is a logical continuation of the shift Polaris made last year. The enthusiast who uses his vehicle to work also wants to have a nice vehicle, well equipped and with a high level of refinement and finish. In 2020, Polaris gives the customer who wants a vehicle capable of big jobs with a more affordable price. The new Ranger 1000 has comfort, power, ease of use, capacity, and all that at an excellent price/quality ratio.

The new Ranger 1000 replaces the Ranger 900 that has sold so well for a long time. It has a new, two-cylinder ProStar 1000cc engine, developing 61 hp and 55 lb-ft of torque. Some will say that it’s very little for a 1000cc engine. But don’t get fooled by the numbers, Polaris engineers wanted to get a lot of torque and that was the goal for the motor over horsepower figures. The configuration of this new engine delivers at low speed as much power as the Ranger XP, which has 21 additional horses. Keep in mind that one of the main objectives was to provide an excellent hard working vehicle at a very affordable price. And the numbers speak for themselves: the towing capacity is identical between the two versions, despite the difference in power. Nothing less than 2500 pounds of towing capacity If we add a cargo box with 1000lb capacity, and a payload of 1500lb or 175 lb (4-seat CREW version), you can easily see it brings the torque they were after.

As for the transmission side, Polaris has kept the same design as the more luxurious XP version. The On-Demand system offers the possibility of changing the traction mode on the fly, and we find the usual 2- and 4-wheel drive modes and a useful Turf mode that unlocks the rear differential, preventing damage to your lawn during sharp turns.

The new Pro-PVTi clutch pulleys offer a smooth start with a much smoother engagement, ideal for heavy duty jobs. Engineers also thought about durability, with perfectly sealed ball bearings and bushings and a 32% wider, more durable belt. The air intake includes a larger filter, easy to access and maintain. Also, access to the front radiator is improved for cleaning, if you are not afraid of the mud…

The most appealing feature of the new Ranger 1000 is unquestionably the completely redesigned cabin. Storage, comfort, and versatility are all premium. All the little spaces have been redesigned to optimize the storage space and make the experience more enjoyable. Nothing less than 74 liters of optimized storage is possible, including two spaces for water bottles on the passenger side and up to 6 cup holders. The storage space under the seats is maximized, and there is a huge glove compartment with 65% increased capacity.

On the comfort side, the seats feature significant improvement, being 32% thicker than the previous Ranger versions, and they are much more ergonomic. The driver’s seat is adjustable in the front-rear position and will adapt to any type of driver. Access inside the vehicle via the doors is increased by 5 inches to greatly facilitate entry and exit.

The outer appearance was not overlooked by Polaris and its new look has also been modernized to match the Ranger XP 1000. Its rounded lines with futuristic highlights look great and cause heads to turn. For the worker in rough terrain, a full-size skid plate was added under the vehicle improving the longevity and reliability of all parts normally exposed to the terrain. The one-piece frame is 25% stiffer than the previous version, so regardless of the amount of cargo it carries, the vehicle retains an excellent 12-inch ground clearance, allowing you to overcome most obstacles without having to worry about the skid plate. For those who work late at night, the new Ranger is equipped with new headlights with increased power. Finishing on the technical aspects, the steering turning radius has also been improved by 8%, making it easier to handle on tight trails and the new PXT 2 six-ply tires offer an excellent traction in any type of terrain

All these specifications are fine, but how does it perform in real life? From the first laps, we could say without a doubt that Polaris did a great job! Our playground consisted of a closed circuit with winding wooded areas, stone obstacles, bridges, steep climbs, and descents. In short, everything needed to have lots of fun and fully test the Ranger.

Three aspects stand out in the first kilometers: low RPM torque, power steering, and low noise level. Although the HP power is less than the XP version, this new Pro-Star really does a great job, especially at low speeds, where the response to the accelerator is instantaneous. But we all agree that the clutch also makes a big difference and I think this is a significant aspect of the new Polaris workhorse. We were accustomed to jerky and hesitating starts with variable clutches, but it is quite different with the new Ranger. It is surprising to see how smooth it begins to move and accelerate at low speeds. The calibration of the clutch with low-end power provides smooth starts that are hard to match in the industry and this adds a lot to the comfort of the occupants.

A working machine also means maneuverability at low speed. But in the industry in general, and also in the previous Polaris models, it often happens that there is a slight lack of assistance at very low speed or idle. The combination of power steering and low-end engine power makes us forget about the engine revolution when we operate the steering wheel. It gives nothing less than 100% assistance at both idle and low speed. And as for the low turning radius, the expression “turn on a dime” makes perfect sense here, and this great feature is really important for a utility vehicle.

Another major improvement is the noise level in the cabin. An engine that runs at lower RPM is usually quieter, and that’s really the case with this Ranger. Even during acceleration, we could chat easily without having to raise our voices. No squeaking, no annoying plastic noise or strange sounds were coming from the vehicle, it is very successful on this side.

In addition to the sound-proofing quality, I cannot ignore the comfort aspect. The new seats are really more comfortable and they offer much better lumbar support. The addition of 25% foam helps decrease the washboard feel in small bumps, and above all gives a more luxurious look! The driver’s seat is easy to adjust, combined with the adjustable steering wheel, any driver can find its fit.

The only negative point we found is a slight rumbling sound coming from the transmission when we drove in All-Wheel Drive mode, we will see in a short future if it will always be the case on the production models.

Many thanks to Polaris for the invitation. As usual, we were treated like royalty and had a very pleasant stay. 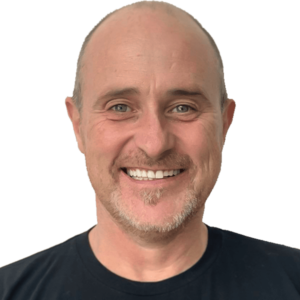 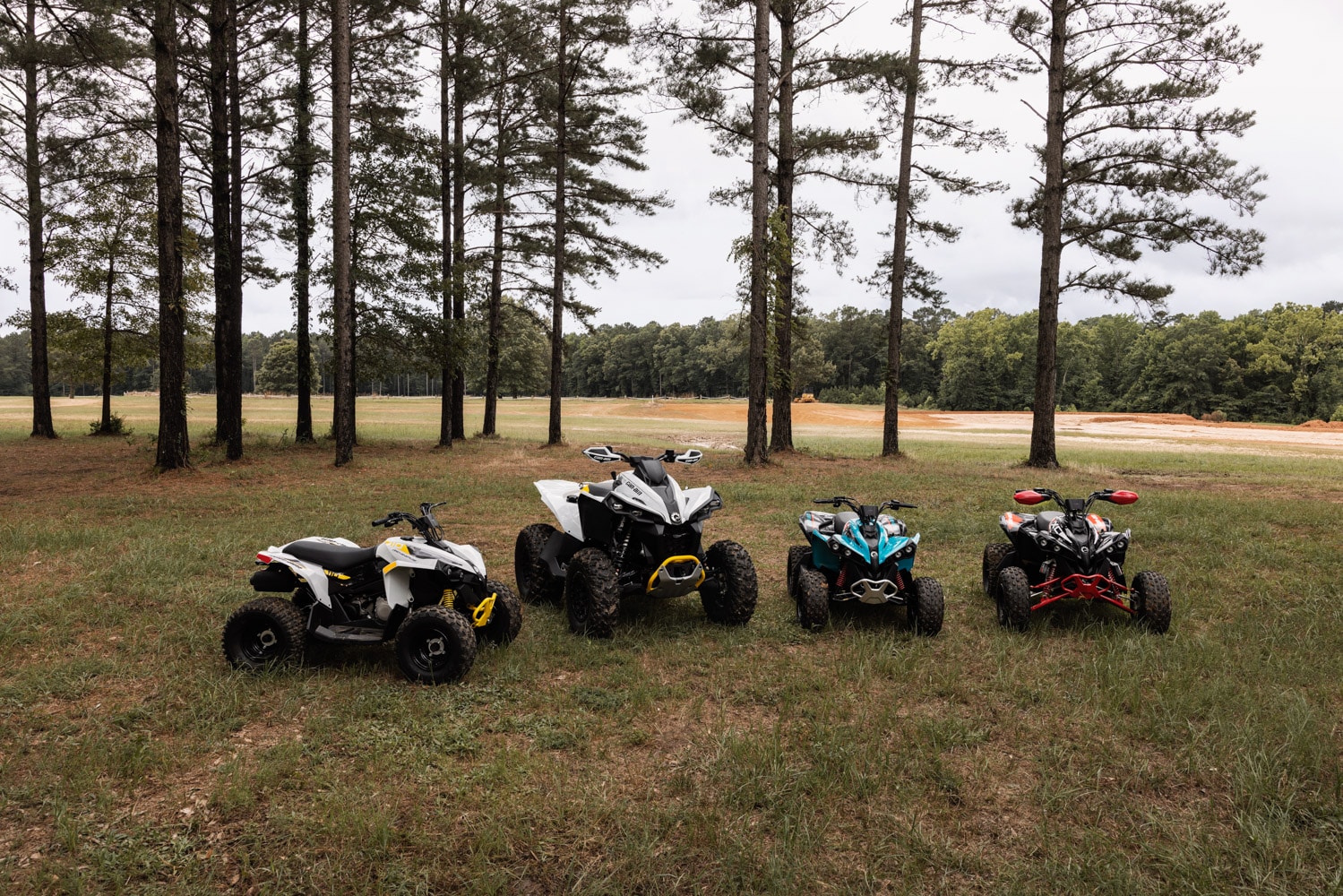 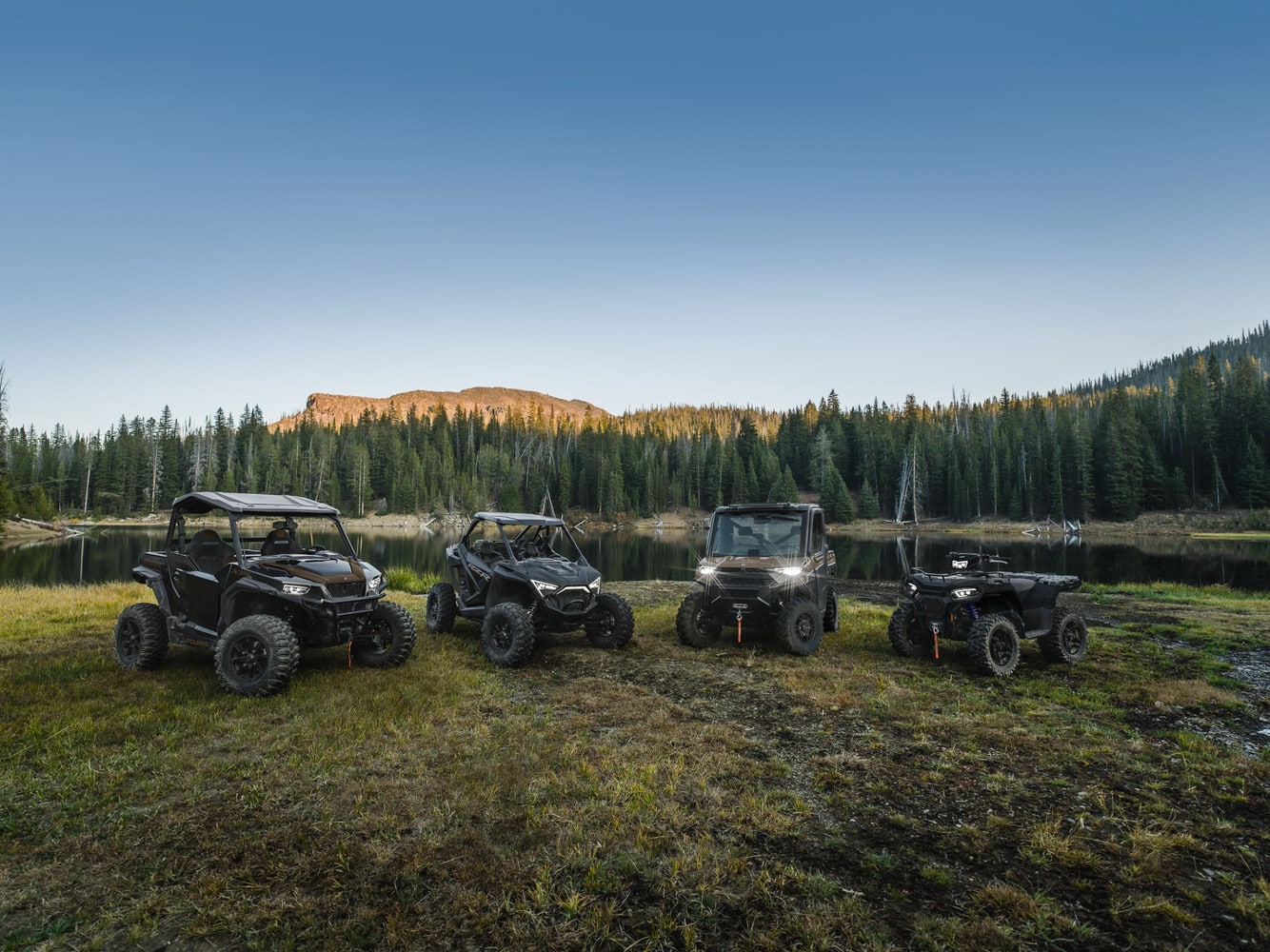 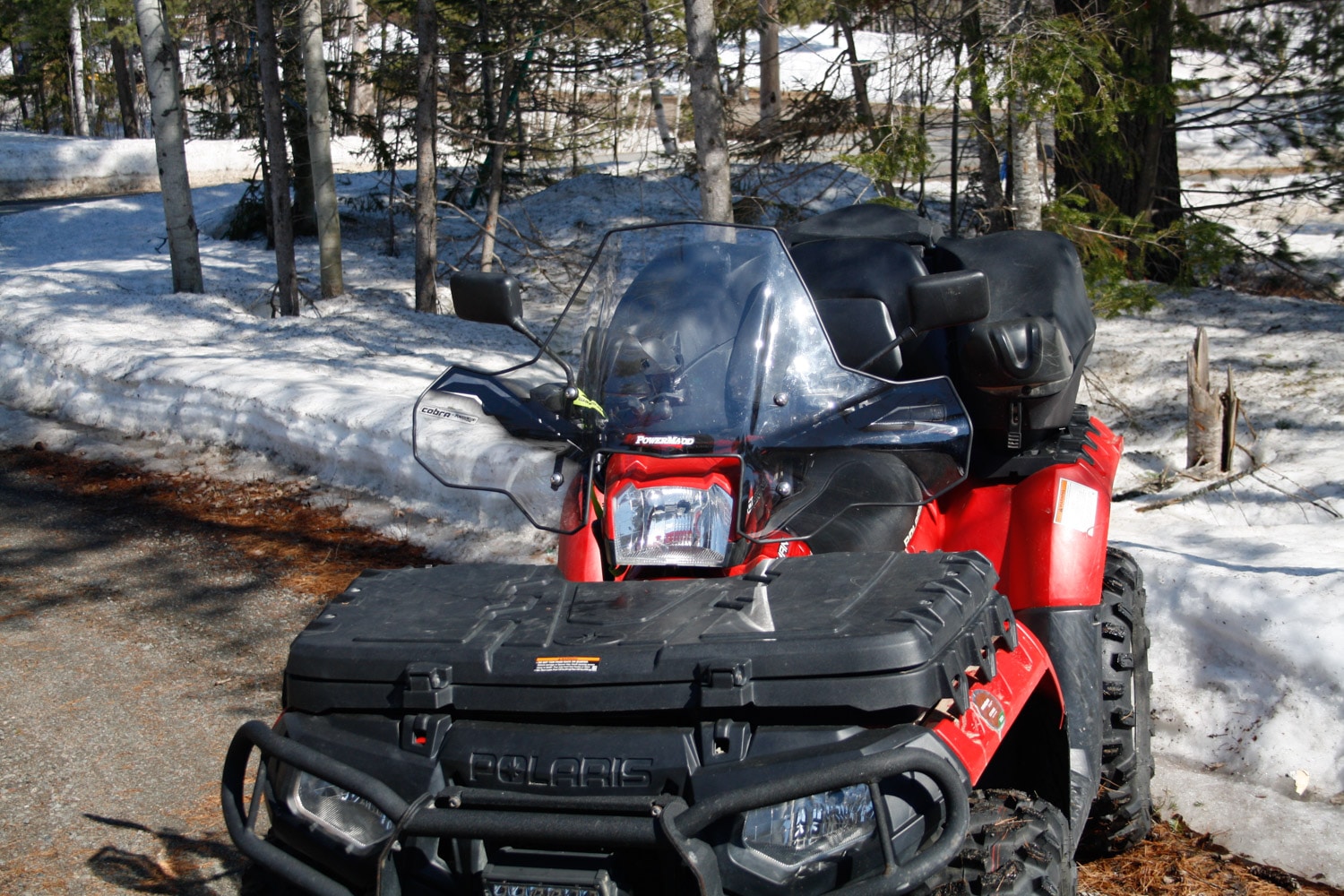 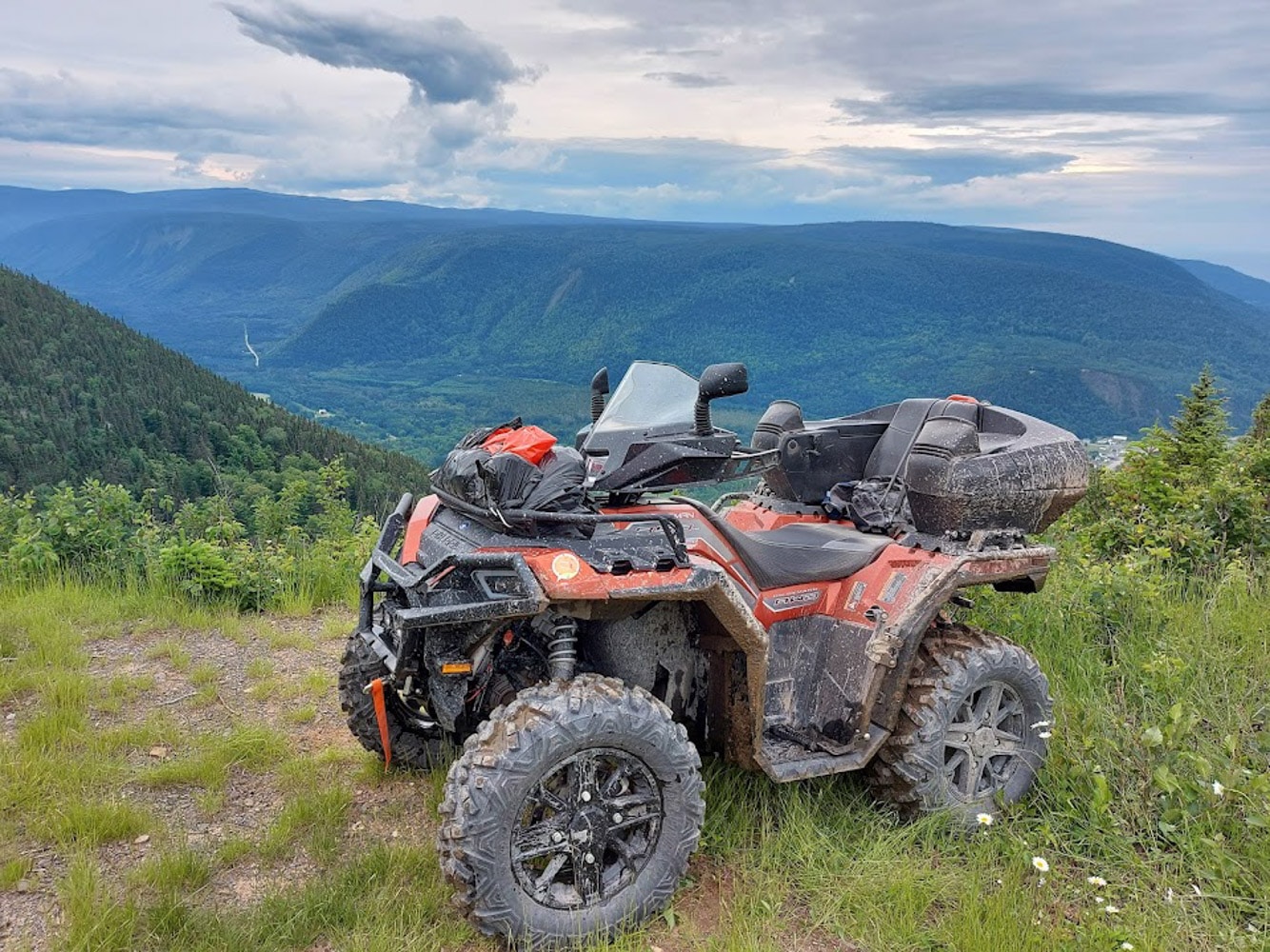 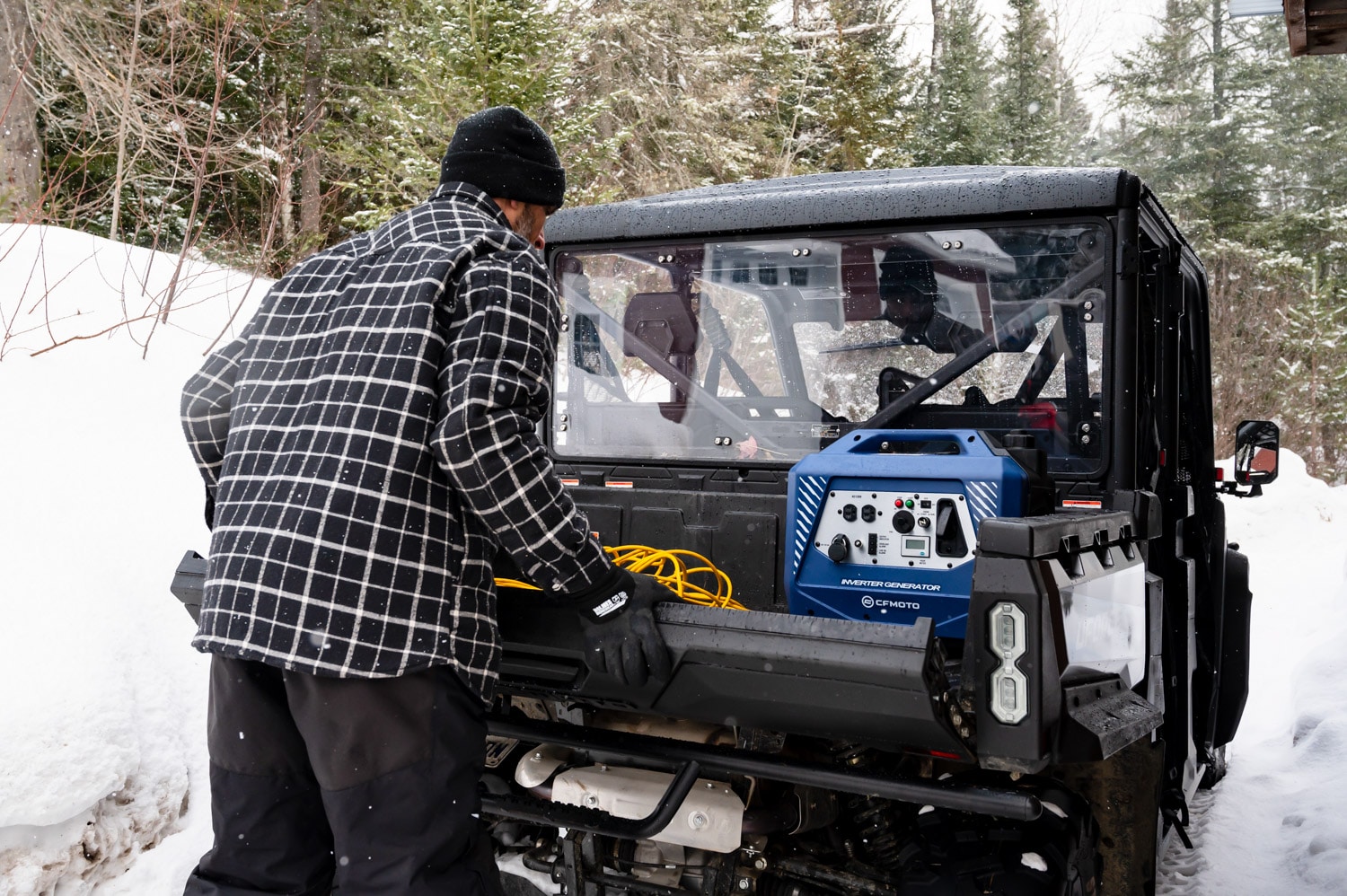