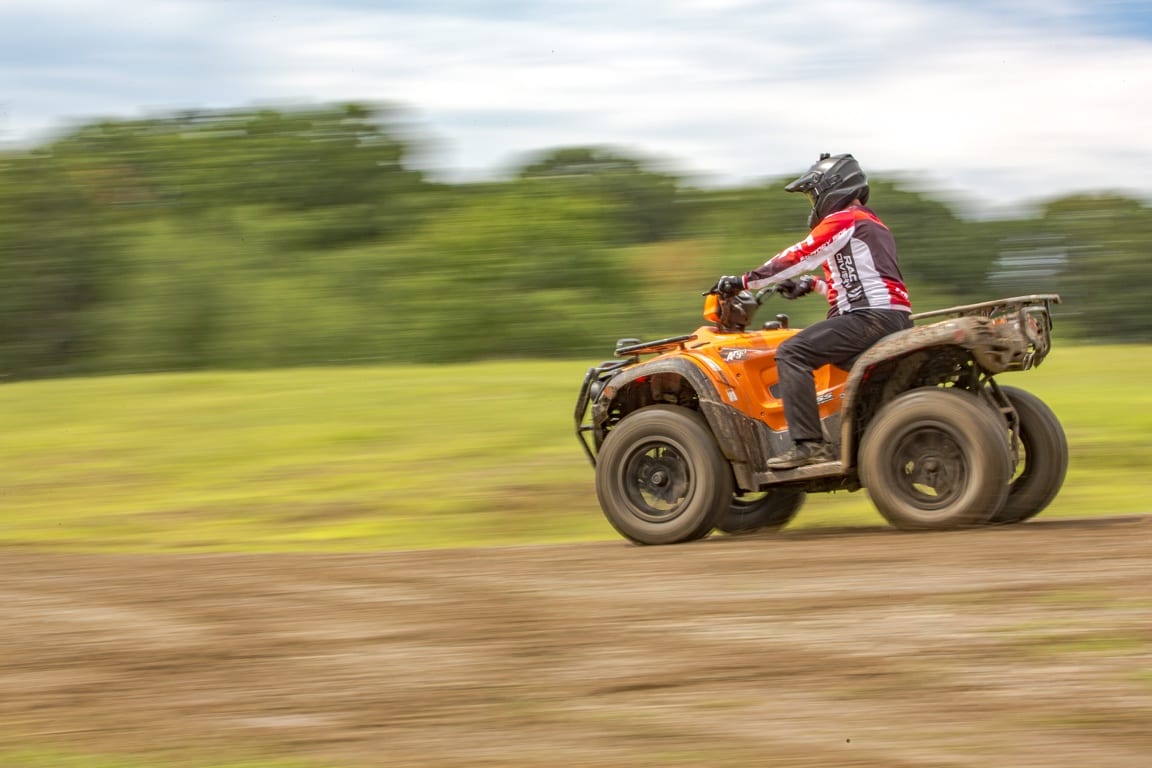 In Quebec, the Argo name is synonymous with 6 wheels or 8 wheels. Over the last 50 years the company has been manufacturing amphibious vehicles that continue even today to attack the most difficult terrain in our province. But what is Argo up to now? What if I told you that they even went to the moon… In fact, the company has three divisions:

Before we get into things and follow up on what’s new, let’s spend a little time on the SRD division. This division supplies the military, robotics, space, commercial, and security sectors. Argo is currently working on several projects for the space sector. For example, they developed an engine and wheels that passed a test run at -407 °F, a NASA requirement. They also worked on two lunar vehicles to help study the moon’s surface, and a vehicle that will be able to travel on Mars! Research and development in the world of robotics is also on Argo’s long list of accomplishments.

Argo set itself a major goal for its 50th anniversary: take on the ATV world! The world of ATVs is a mature one in which several manufacturers have been established for dozens of years. This will certainly lead to comparisons with the other, existing products.
Market Study

Argo conducted several studies before embarking on this grand adventure. They started with their dealers, 64% of whom responded that they were extremely or very interested in selling a line of ATVs and side-by-sides. On the consumer side, 67% of the owners of a 6-wheel or 8-wheel amphibian vehicle also own an ATV, so it’s safe to assume that many of them would buy a quad.

The first is a 503 cc, 4-stroke, single cylinder engine. Economical, it’s equipped with electronic fuel injection and liquid cooling, along with a fan and radiator to maintain a high level of cooling in all conditions. The 503 also comes with a V-belt variable clutch, and a 39 HP engine.

For enthusiasts who prefer a little more adrenaline, there’s the two-cylinder, 997 cc, V-twin engine. It’s gas-powered with electronic fuel injection and liquid cooling, along with a fan and radiator. Clean and quiet, the 997 has 85 HP that will have you smiling as you accelerate!

The suspension comes with all the standard features. Double-A arms both front and back. Oil shocks and preloaded helicoidal springs can be set according to occupant and load weight. You can bet that there will be various suspension options in the future. One interesting thing to note is that all the Xplorers provide a 12-inch ground clearance, which places them among the leaders in the industry!

Interestingly, all the models are equipped with a two-inch trailer hitch receptacle that will allow you to use your truck or car drawbar!

The TMSS (Tri-Mode Speed Sensitive) system adjusts the percentage of power steering. The first mode simply deactivates the power-assisted steering, the second offers the minimum, and the third, the maximum. In the last two cases, the power assist also varies according to the vehicle’s speed. All three are adjusted using the digital dial. All models, except the XR and the XRT 500, come equipped with TMSS.

All Xplorer models are outfitted with two luggage racks. The front rack has a capacity of 99 lbs (45 kg), while the rear rack can hold up to 165 lbs (75 kg). Interestingly, the edge of the front rack curves upwards to hold in the load!

All the models share the same, full-size platform, which has undergone a lot of tests. The engineers use a dynamometer to test chassis vibration, called “Rock and Roll” ☺. During testing, the chassis is painted white, which makes it possible to see any weld-seam deficiencies following the battery of tests and make improvements. Two small storage compartments are conveniently located on each side of the handlebars to store small items such as a cellphone. They can both be locked, and one of them contains a 12-volt charging plug, another interesting feature.

The XR 500 is a fun entry model equipped for maximum pleasure, with a 39 HP engine that’s easy on gas. While the EPS and LE versions have power steering, only the LE version comes with a third headlight on the handlebars, and aluminum rims. The XR 500 and XR 500 EPS versions are available in red or green, while the LE is offered in orange or silver.

The XRT version is identical to the XR version, but it’s a two-seater, with a passenger seat outfitted with grips and a backrest. Although the XRT 500 and 500 EPS models will only come in red, the LE version will be available in two colours, namely orange and silver.

This year, only one version will come equipped with the 997 cc, two-cylinder engine: it’s two-seater with backrest and grips for a passenger, 3-mode power steering, aluminum rims, and a third headlight installed on the handlebars.

The team at Argo welcomed us at the ERX Motor Park, a beautiful playground located in Elk River, Minnesota where we could safely tes drive the ATV. Unfortunately, we didn’t have a lot of time to try out the different models, since our tests were combined with those of the amphibious vehicles discussed in another article. As each model has the exact same suspension, we focused our test drives on the XRT 500 LE and 1000 LE.

Although it’s difficult to be impressed by the performance of a 500 cc, the little single cyclinder was able to hold its own, its performance easily comparable to the other 500 cc models in the industry. It offers smooth shifting, and respectable acceleration and recovery, with no hesitation. As far as the brakes go, even if the hand and the foot brake activate all four wheels simultaneously, there was a clear difference in responsiveness, with the hand grip much more effective on the wheels than the foot pedal. The result was very satisfying when using both at the same time.

As for the 997 cc, it’s important to know that Argo representatives provided us with their view of the competition by pitting their 500 cc against the 450 cc versions of the other manufacturers, and their 1000 cc against the 850 cc versions. Although no prices have been provided to date, you can bet that performance is not the only factor that matters. We had very little time to test the 1000 cc, as very few units were available for a lot of journalists. As in the case of the 500, there was no sign of hesitation or skipping during acceleration or recovery. Although it’s difficult to compare, it will probably be short a few horsepower to go up against the competition’s 1000 cc models, but it should certainly be able to compete well against the 850. The 1000 has the same chassis and suspension, which makes it behave much like the 500, with smooth shifting and calibrations that seem to reflect the 85 HP of the large, two-cylinder V-twin engine. We didn’t test the maximum speed. The braking system is identical, and the same comments came to mind: there is clearly a difference in the aggressiveness between the foot and the hand brake. Overall, the performance of both types of powertrains seems very respectable.

The ergonomics of the driver is beyond reproach and, with the back and legs at 90°, it’s easy to stand up when going around a large obstacle. Another interesting point is the position of the easily accessible brake pedal: several models on the market force you to lift your foot completely to reach the pedal. Maybe it’s because I’m not that flexible ☺, but this is not the case with the Xplorer models.

The suspension on the models tested was relatively rigid, which the rear suspension to oversteer a bit around bumpy corners. The reaction of what is, in all honesty, a basic suspension, was adequate over the bigger bumps. It’s highly likely that other shock absorber options will become available.

We would need to get one or two models to do more in-depth testing to be able to provide you with a better assessment. Although Argo has a lot of experience with amphibious vehicles, the world of quads is very different. Argo may be the newbie in this off-road category, but it’s done well in its first year. We’ll certainly see improvements over the years, but as the first vehicles roll off the assembly line, they’ll be grapping market share!
I would like to sincerely thank Argo for inviting us to their 50th anniversary, and, in particular, Matt Chandler, their media relations expert, for having welcomed us so warmly!