The Passion Despite Hardships 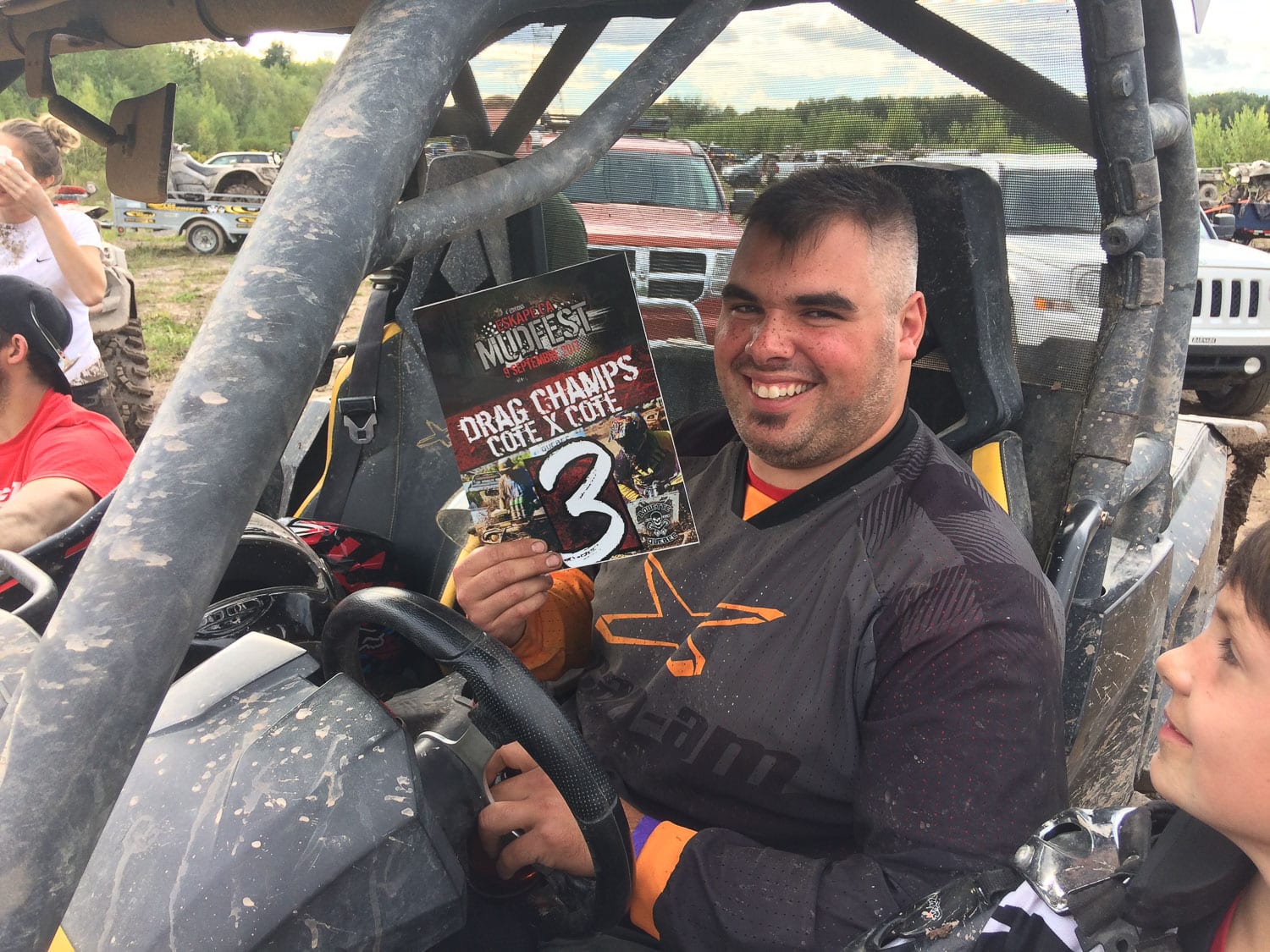 There are certain stories that leave us almost speechless and inspire us. At the sight of demonstrations of will, some of the hassles of life become almost silly.

It is sometimes easy to give up when pitfalls of life occur, but when you meet someone who overcomes obstacles with optimism and puts the word courage into practice, you can only be inspired.

This is the case of Simon Bénard, a guy who is the example of humility, who lived a through a tragic event in 2012 that changed the course of his life. The aftermath of an accident affected his lower limbs and forced him to now live in a wheelchair. This major change has forced him to reorient his life. Being a manual-labor worker early in his life, it was natural for him to continue in the same direction.

Even at a very young age, Simon has always been passionate about motor vehicles and mechanics. At nine-years old his father bought him a dirt bike in pieces and parts. It only took one day for Simon to put it back together. This says a lot about the abilities of this young man even so early in his life. From one thing to another, he acquired a multitude of machines ranging from jet skis, scooters, snowmobiles and, of course, ATVs. It only makes sense for him to pursue that field of interest as a profession. His skills as a mechanic earned him such renown that he sometimes has to refuse work because of a lack of time.
Simon currently is using his skills on a very special project – a CanAm Renegade turbo. He has been working on this project for some time, and it is coming to life week after week. It is mostly a one-man project but he sometimes overcomes some problems with the help of his friends, Martin Patenaude and Sébastien Poitras. They bring their help and ideas to carry out this project, which will serve as a perfect business card for Simon for the years to come. Beyond satisfaction, there is also a great reward for designing something from scratch.

The owner of this Can-Am Renegade Turbo will be his good friend Joey. Simon and Joey are bound by circumstances of life – they are both living with reduced mobility. This peculiarity has brought them closer because they can discuss some difficulties they both have to manage. It is not uncommon for them to ride together and a funny fact is that they only carry one wheelchair with them. So when the time comes to take a lunch break, they take a lot of pleasure to observe people amazed to see them share the wheelchair in turn.
Simon frequently needs to escape and riding his UTV gives him the adrenaline he needs. He does not neglect the opportunity to play in the mud with his bike but he prefers riding in federated or forest trails. He currently drives a 2012 Can-Am Commander 1000. No longer having the use of his lower limbs, Simon had to modify the acceleration and brake controls to adapt his UTV. Being very determined, he made these changes the day he took possession of it. To him, there was no question of stopping before reaching his goal. He used tractor steering joints that he attached to the brake and gas pedals. The latter were then connected by rods to the right of the steering wheel. So, with his right hand, he only has to make two separate controls to speed up or brake his Commander.

Those who know Simon well would agree he is not a good example of patience, but when it is a question of mechanics his patience is limitless. He probably retains this gift from his father who is also a mechanic by profession. Besides, he does not count the hours he spends to deepen his knowledge.

Aside from the motorized activities, Simon likes fishing and that gives him special moments with his two sons. These father and son moments weave strong bonds that will forever last in their memories. Among his other favorite activities, Simon also plays sled hockey with his good friend Joey.

There is one sentence that sums up Simon’s philosophy well: The only limits we have are those we impose to ourself. It is without a doubt a principle of life that he puts in practice and he is an inspiration to all of us!