New Technology on your exhaust System 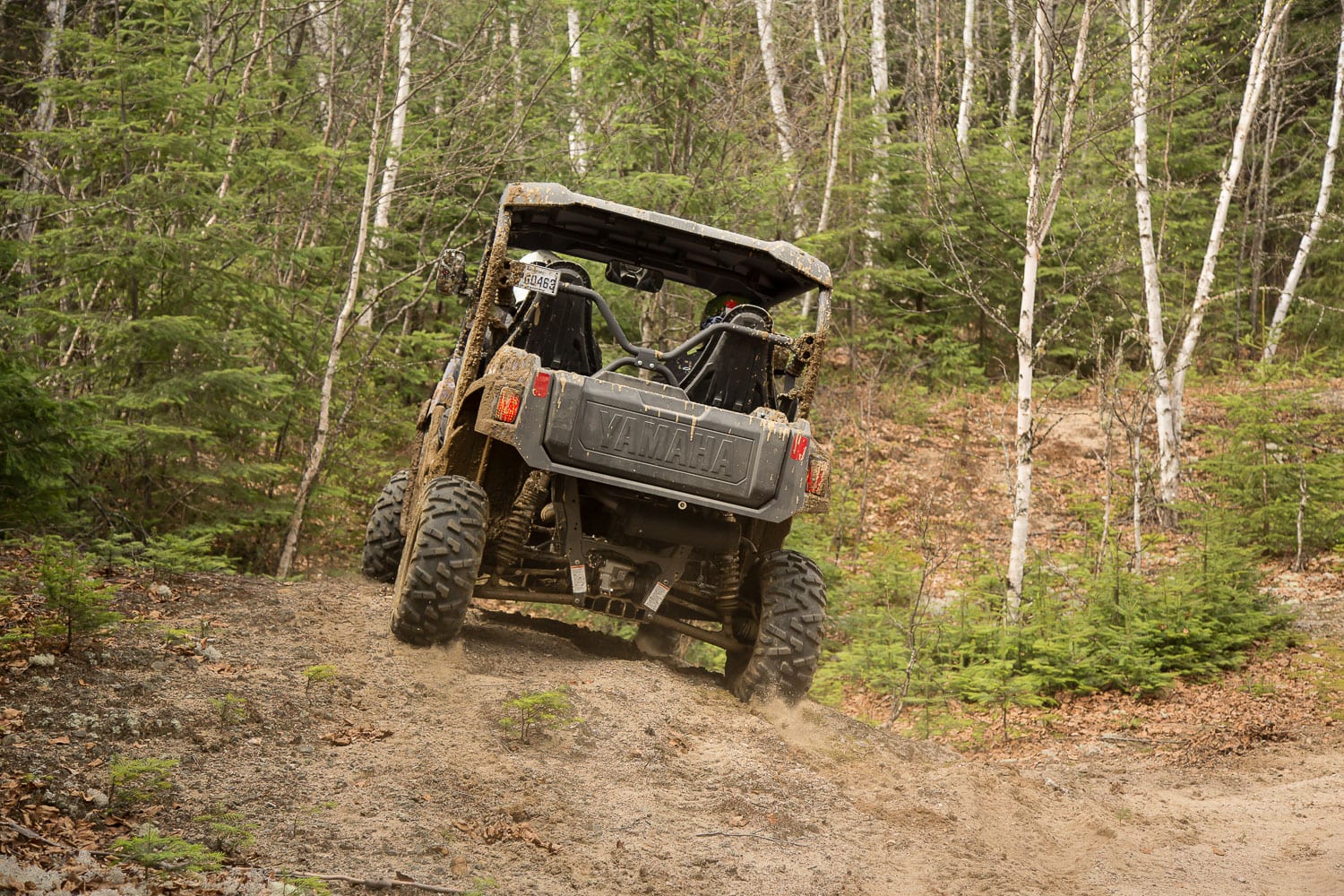 Along with the ATV evolution over the years, we all noticed the coming of electronic fuel injection. This great technological improvement finally eliminated the dreadful carburetor choke. This progress was a real delight for the ATV enthusiasts, especially those who are not too skilled with the basic principles of mechanics. I remember the time when everyone had his own start-up recipe that was specifically concocted and adapted to their machine. Today, electronic injection is doing a great job for this task. Subsequently, progress has always continued but in a more subtle way. ATV manufacturers continually put a lot of effort into it, sometimes by environmental obligations, otherwise for the sake of engine performance and efficiency.

In recent years, new components have appeared on the exhaust systems of some manufacturers. We notice a newcomer in the family of sensors, it is attached to the exhaust manifold. What is it? It’s the oxygen sensor, which often comes with a catalytic converter.

The design of the oxygen sensor

The oxygen sensor, also called O2 probe, is used to measure the oxygen content of the exhaust fumes. The reactive substance of this probe is made of ceramic, zirconium dioxide, and platinum zirconia plating. This mixture will react to the difference of oxygen between its surfaces. This reaction produces a low voltage of 0 to 1 volt that is being interpreted by the Engine Control Unit (ECU). The oxygen sensor design allows it to expose one side of its analysis substance to the exhaust gas and the other to the outside air. A rich air / fuel mixture will produce a voltage greater than 0.5 volts and a lean mixture will result in a measurement below 0.4 volts.

To be functional, the sensor must reach a temperature between 300 and 600 degrees Celsius (572-1112 F). In some cases, a heating element inside the probe is used to allow faster heating. However, the probe still has a big drawback: while the ECU can interpret the reading of the air / fuel mixture, namely, whether it is rich or lean, it is not possible to know at what level the mixture error occurs.

There is a much more precise sensor for this purpose: the probe “air fuel ratio” (A / F ratio) or wideband. Unfortunately, it is not largely used on ATVs nor UTVs. It is occasionally found on highly modified ATVs or other more refined motorized systems. The A / F ratio sensor has the advantage of reacting very quickly and will precisely measure at which level the mixture is rich or lean. Therefore, the fuel mapping correction will be more precise. Visually, the A /F sensor looks identical to an oxygen sensor, but its operation is very different.

Engines operating without an oxygen sensor adjust the air / fuel mixture from a fixed mapping. The engine module does the mixing a bit like your grandma who makes a good recipe with measurements to the eye, but without ever tasting it. It works every time, however, the result will be different from one time to another. So according to the intake depression, the air temperature, the coolant temperature, the throttle position, and the engine speed, the amount of fuel to be injected is chosen. The ECU module injects fuel with no regard for the given result. This is called the “open loop” engine management principle. The engine module performs an action and no return on the result. The loop remains open.

Engine operation with an oxygen sensor

The oxygen sensor is used to check the result of the air / fuel mixture after combustion. Engine modules that use an exhaust-mounted oxygen sensor have adaptive rather than fixed mapping. That is, the engine module has a form of artificial intelligence. It also stores in its memory, even after stopping the engine, the mapping adjustments of the last time of operation and uses them at the next start of the engine. In addition, this adaptive memory is very useful for compensating the wear of some engine parts that can influence the combustion of the mixture. This allows the engine to work well despite a slight defect.

When the engine is cold and running, the injection will work in the same way as an engine without an oxygen sensor, i.e. in “open loop” mode. Once the engine warms up, the sensor will begin to generate a signal depending on the amount of oxygen present in the exhaust. From that moment, the engine control module uses this data as a result of the air / fuel mixture equation. Then, the module increases or decreases the fuel injection of its basic mapping. It is for this reason that the module memory is called adaptive and the engine management principle is called “closed loop”. It injects, measures the result and corrects the next fuel injection. This injection management greatly increases the accuracy and maintenance of the best possible stoichiometric ratio (air / fuel ratio).

The catalytic converter has no positive effect on the performance of your engine. Its mission is only environmental. It is made of ceramic, platinum, palladium and many other elements. We guess from its composition that this piece of equipment is worth its weight of gold and with reason. Its main purpose is to produce a first reaction that reduces harmful nitrogen oxides to nitrogen and carbon dioxide, a second oxidation reaction to convert deadly carbon monoxides to carbon dioxide, and a final oxidation reaction of unburned hydrocarbons (HC) to convert them to carbon dioxide and water. Basically, it acts as an incinerator.

As for the modifications of your ATV’s exhaust system, there is a real complication. If a modification causes the engine module to deflect its adaptive memory beyond the acceptable pre-defined ranges made by the manufacturer, the check engine light will come on and a fault code will be issued. In addition, the catalytic converter has a limited capacity to burn hydrocarbons (HC). If an engine modification significantly increases the rate of HC in the exhaust, the combustion of these large quantities of HC inside the catalytic converter will produce a huge amount of heat and its internal temperature will rise up to a point of melting the inside of the converter catalytic.

Inside view of a catalytic converter

Although these technological changes have no effect on the way you use your ATV, it should be noted that the oxygen sensor offers the possibility of making your engine run more economically. It is not uncommon today to see a big engine that shows fuel consumption similar to older mid-size engine. It is the result of a technological advance put at our service.