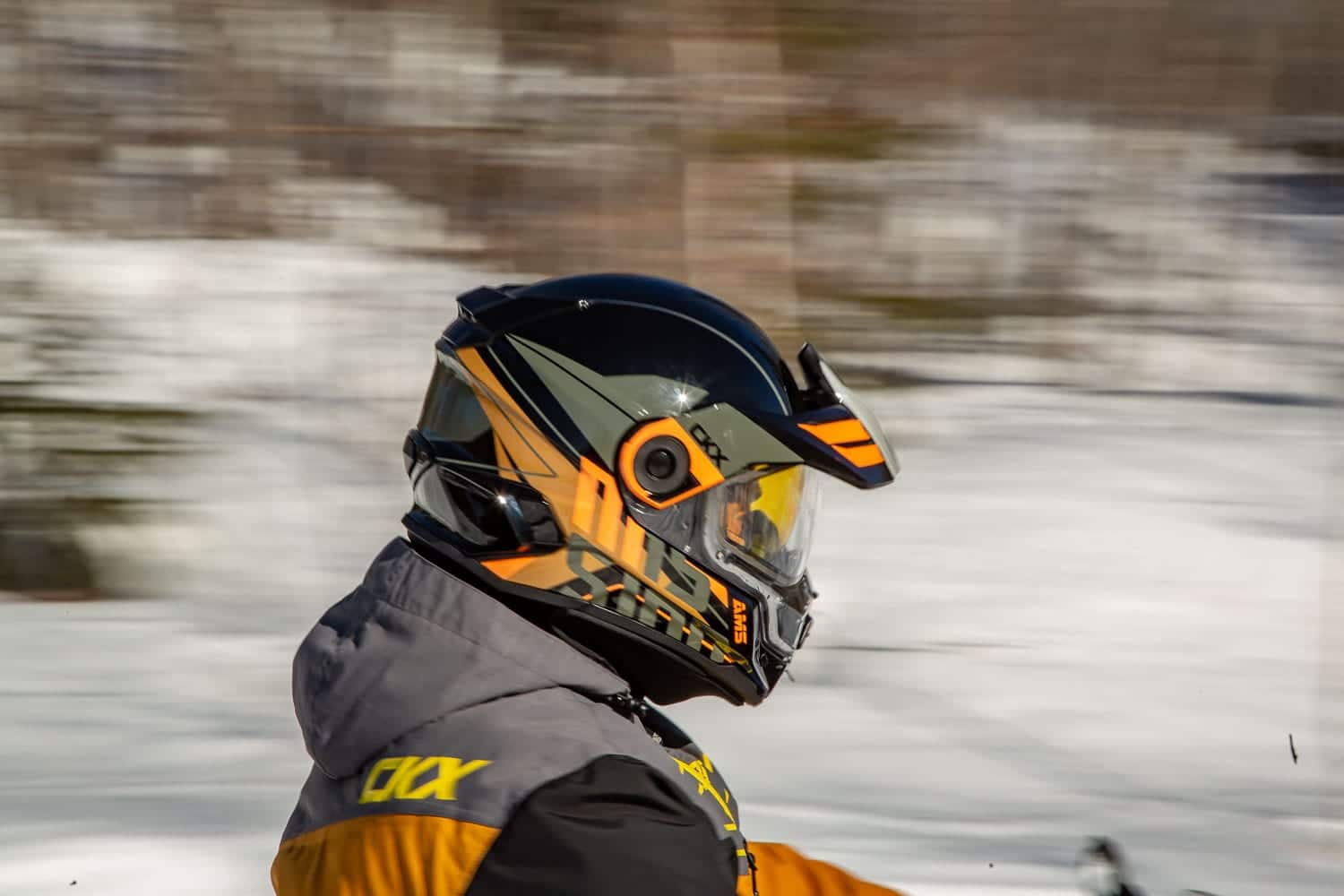 CKX is constantly innovating and its designers continue to impress us year after year. We still remember the launch of the Titan helmet in 2016, which no longer needs a presentation, to remind us of the upheaval in our ride habits.

Recently, on February 26, when CKX’s 2020 Winter Collection was presented, one of the highlights was the introduction of a brand new helmet that will certainly revolutionize the industry. Already benefiting of an impressive expertise in the field, CKX once again pushes the limits by designing an off-road helmet that will counteract a major inconvenience experienced by most winter enthusiasts.

We have all experienced episodes where our number one enemy is humidity. This opponent can now be fought and overcome by a technology that will stop it. This new technology is called AMS (Air Management System). This translates into an integrated air management system and its operation is based on a physical principle associated with fluid mechanics whose starting point is aerodynamics: when the helmet is moving, the outside air hits it and creates a zone of depression at the back. It is this principle that the designers use to pull the moist air out.

It is well known, the air we breathe out is also composed of water. When in excess, this moisture creates steam and can even produce frost in cold temperature. This disadvantage results in a loss of visibility and discomfort. Therefore, inside the helmet where the moist air is exhaled, the pressure is higher than at the back. This brought the designers to create conduits on each side of the helmet shell for its extraction: the air always chooses the easiest path and the difference of pressure between the inside and the back of the helmet causes the humid air to move in the AMS duct outwards. In this way, this system helps reduce internal misting.

A long process of innovation:

The development process of a new helmet brings a lot of challenges. The innovative new technology developed by CKX has undergone several changes along the creative process before reaching its final result. The Titan helmet and the Mission helmet are closely linked. The point of origin of the new Mission helmet is at the very moment of the development of the Titan helmet which, according to the initial plan of 2014, should be deployed in two stages. Phase II was scheduled to begin in February 2018. The project goal was to maximize the Titan’s performance in trail riding.

During the process, some plans changed as a considerable number of modifications needed to be made to the Titan’s existing shell. It was at this time that the initial phase II of the Titan project became the birth of the Mission. The engineering team was able to count on the expertise of more than 20 years of helmet designer Stéphane Dion. He managed to put in image all that the team can conceptualize. Inspired by the fighter jet pilot’s helmets, the visor has been reworked to create the illusion of goggles. The bottom of the visor was to allow additional ventilation and the integration of an ergonomic breath deflector. Despite the possibility of redoing everything, it was important for the CKX team to maintain a relationship between the Titan and the Mission helmets.

In the process of being created, the AMS system was tested in a wind tunnel, thanks to a partnership with a university research group in fluid mechanic. The tests would allow evaluating the air pressures, defining the ideal evacuation zone and thus optimizing the airflow through the air ducts.

All this long process and hard work also allowed the filing of several patent applications. Apart from a patent application for the AMS system, the design of a ratchet mechanism that allows removing the pallet and the visor at the touch of a button and the adjustable and removable breath deflector are both patent pending. This is proof of all the work done to achieve a helmet that goes out of the box.

We will be among the first lucky people to try this revolution and we will share our impressions with you. CKX is once again proving that nothing should stop us to go riding regardless of the weather conditions. Just like the Titan helmet, the Mission is more than a security element, it let you reveal your own identity!