McGregor spectacular at the Stadium 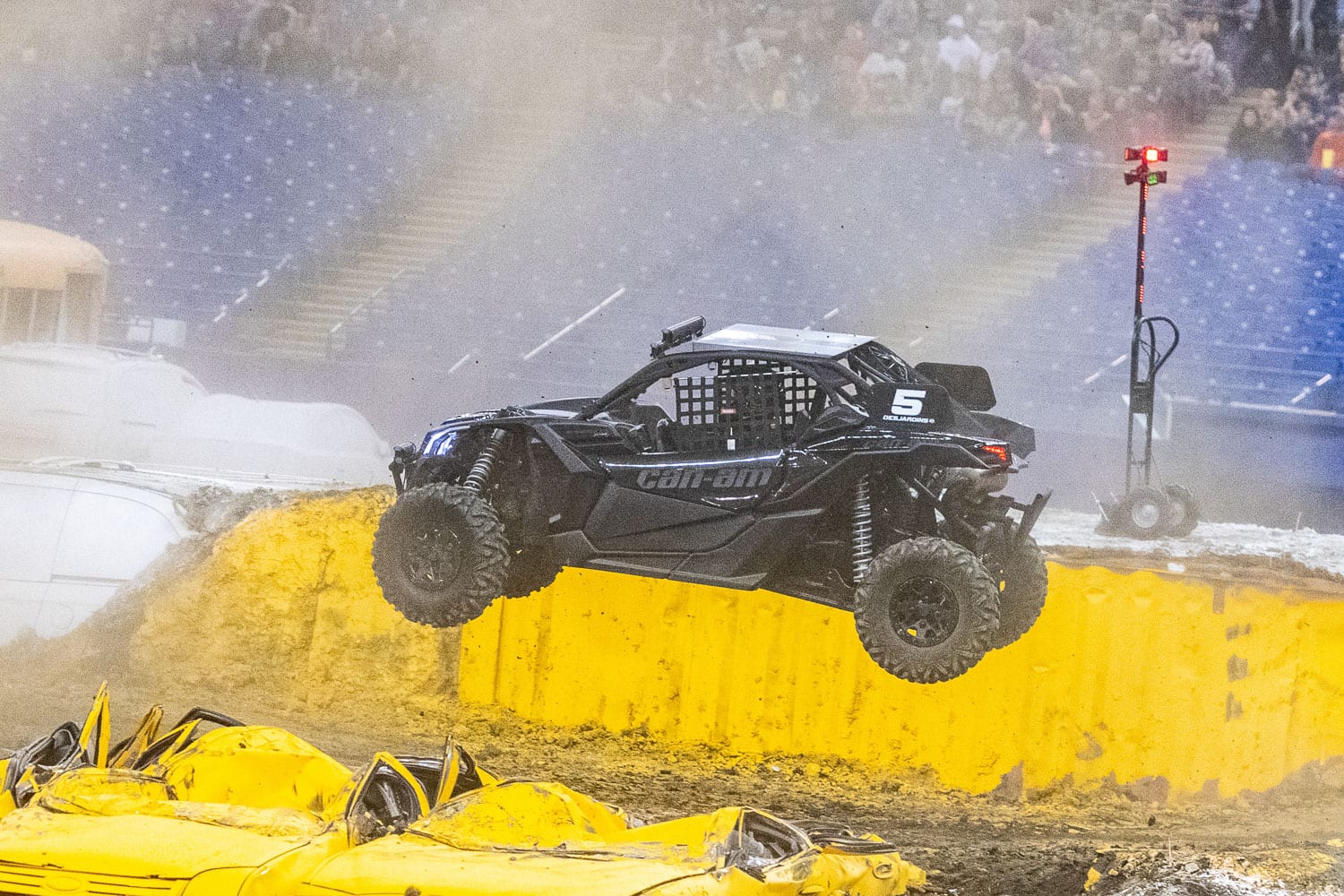 McGregor is a Quebec company that organizes a series of races in Quebec, in addition to preparing vehicles and distributing accessories. The series will bring together MXPro2 powerful pickups that can be seen in the Baja races, but also SxS and ATVs on a dirt/asphalt mixed circuit with jumps. The McGregor Offroad Series will travel on at least 8 circuits in Quebec.

The Monster Spectacular, this popular event with the huge Monsters Trucks, gave them the opportunity to do an exhibition race at the Montreal’s Olympic Stadium, in front of 40,000 spectators!

This was a great opportunity for Serge and Guillaume Michaud, the owners of Mc Gregor, but who are also drivers of the series on supercharged Yamaha YXZ side-by-side. Four other pilots were present with them: Yani Desjardins, Patrick Lessard, Marc-Andre Brisebois and Bertrand Lambert.

Yani Desjardins is a regular podium finish at the Montreal Supermotocross, FMSQ (Quebec Federation of Trail Motorcyclists) and at the 12 Hours of La Tuque, another popular off-road event in Quebec. He is a long time Can-Am owner and he was riding a brand new X3.
Patrick Lessard has three world records in Bonneville on a Yamaha 600 cc G-Force. He is also a drag racing champion with a modified ATV of 600 HP.

Marc-André Brisebois is a professional movie stuntman and Polaris side-by-side rider who is breaking into the auto rally with the Test Racing team.

Bertrand Lambert is a professional rally driver, CXE champion in the atmospheric SxS class with his Yamaha YXZ Gulf.

The track was tightly designed and the jumps were planned for the huge Monster Trucks. The pilots did not have the opportunity to test the track before. The goal was above all the demonstration.

From the start, the experienced Yani Desjardins took the holeshot, but was quickly caught by the fast Serge Guillaume and his YXZ prepared by McGregor. Patrick Lessard followed on his Textron 1000 XX of 300 HP. All the pilots were close together. At the passing of a spectacular jump, Bertrand Lambert nosed down and landed quickly. That was not the case for Marc-André Brisebois who was flying and landed on Bertrand’s wheel. The two vehicles continued, but the damage was done, they both had to abandon a little further. The most spectacular was Marc-André Brisebois on Polaris, with a torn axle and a completely detached front wheel. On the side of Patrick Lessard, the Textron declared forfeit after a transmission breakage. Once again, the field was not prepared for them and they did not have the opportunity to test the track to study a racing strategy. Meanwhile, Yani refined his trajectory and passed Serge Michaud. Yani Desjardins’ Can-Am took the lead, ahead of Serge and Guillaume Michaud on Yamaha.

This first UTV exhibition has highlighted the motivation of the Michaud brothers for the organization of the series and the enthusiasm of the drivers that were present, which were very happy to find a new championship on a closed circuit. The McGregor Offroad gets support from WE Finance and Wholesale Express. The series will begin on May 18 and 19 in La Guadeloupe (QC) and will have 8 dates, two of which are yet to be announced.
www.mcgregoroffroad.com