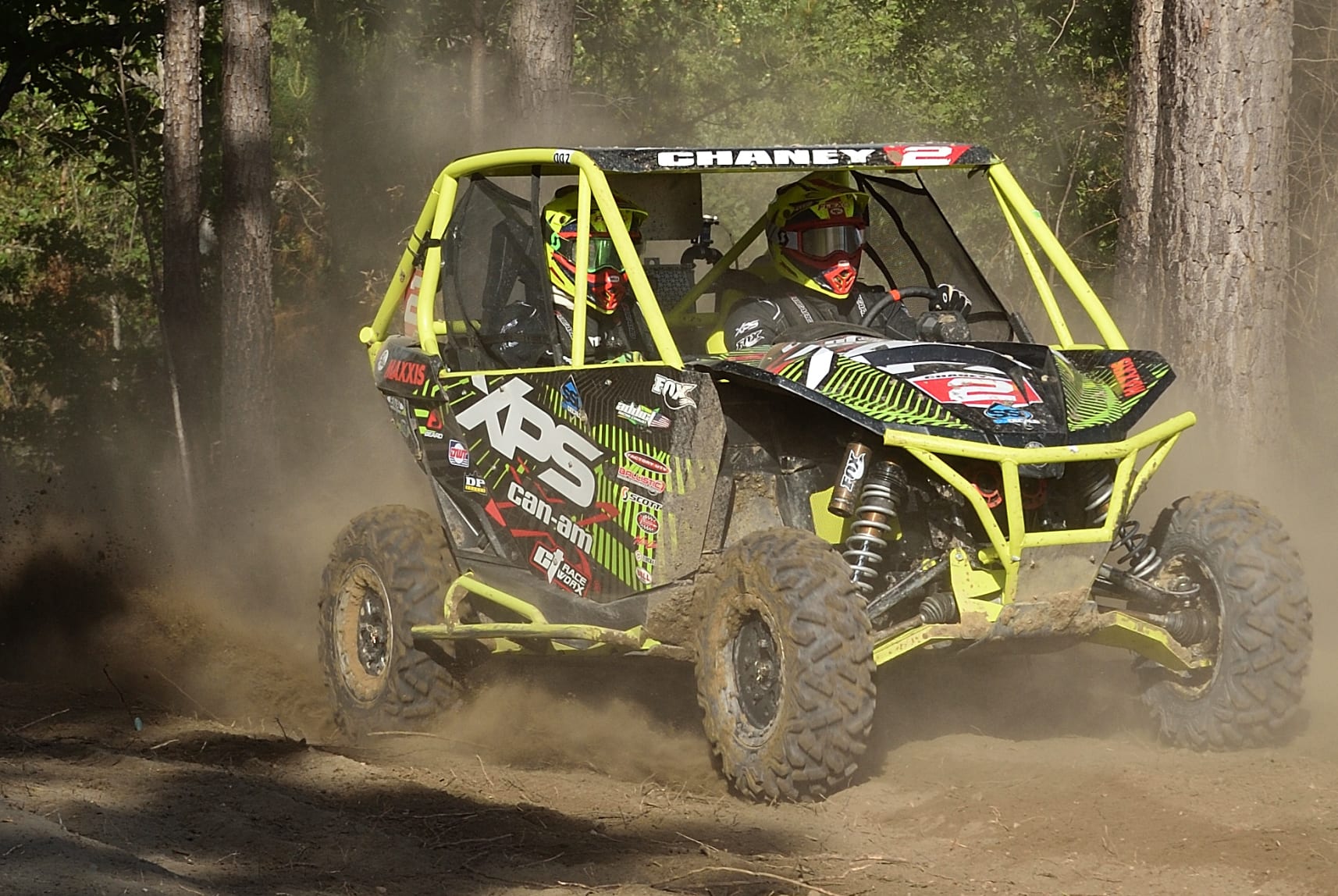 Can-Am racers Kyle Chaney and Hunter Miller finished 1-2 in the XC1 Pro UTV class at the Camp Coker Grand National Cross Country Race in Society Hills, S.C. Multi-time GNCC champion Bryan Buckhannon notched his first victory of the season in the Pro 4×4 class. The Camp Coker event hosted both round five of GNCC ATV series and the second round of action for side-by-side vehicles.

Kyle Chaney (Chaney Racing / Can-Am) took top honors, winning both the UTV overall and XC1 Pro UTV class, at the Camp Coker GNCC race in South Carolina. Chaney, who finished third at round one, put in a dominating performance, as he led every lap with his Can-Am Maverick X xc 1000R side-by-side vehicle. The two-time GNCC XC1 Pro UTV champion was third off the line, but quickly found his way to the front on the dusty course. Once in the lead, Chaney checked out and won by 47 seconds. Chaney, who has tallied three wins a season in his Can-Am vehicle since 2014, is off to his best start ever and currently leads the XC1 Pro UTV class in points headed to round three.

Hunter Miller (Miller Brothers Racing / Can-Am) finished in the runner-up spot behind Chaney, giving Can-Am a 1-2 finish in the XC1 Pro UTV ranks. He climbed to third place in the class point rankings. Can-Am Maverick side-by-side vehicle racers have now won 17 of the last 18 XC1 class races dating back to round three of 2014.

GNCC veteran Mike Penland is now a perfect 2-for-2 this year in the GNCC Master (50+) UTV class victory after his win in South Carolina.

After missing round four of the GNCC series to compete in the extreme Hunt-The-Wolf ATV race in Romania, Factory Can-Am Outlander XT 1000 ATV racer Bryan Buckhannon returned to his roots and came a away a winner in South Carolina. His victory extended Can-Am 4×4 racers’ current GNCC winning streak to 16 straight events, dating back to round three of last season.

Buckhannon (Can-Am/ DJR / QuadBoss) was in second place after the first lap, but took over the lead on lap two and never looked back. Buckhannon finished 40 seconds ahead of the runner-up finisher Rob Smith (BNR / Can-Am) to earn his first class win of 2017. Buckhannon, despite missing one round, is third overall in the 4×4 Pro class point rankings and has four podium finishes.

Reigning 4×4 Pro class champion Kevin Cunningham (Cunningham Racing / Can-Am) has won four of the first five races and currently has a 36-point lead over second place heading into round six of the GNCC ATV series. Can-Am ATV racer Doug Robey won the 4×4 A class as Can-Am pilots totaled 11 of 16 possible 4×4 podium finishes on the day.

The next GNCC ATV event for Can-Am racers is the X-Factor Whitetails, May 6-7, in Peru, Ind.