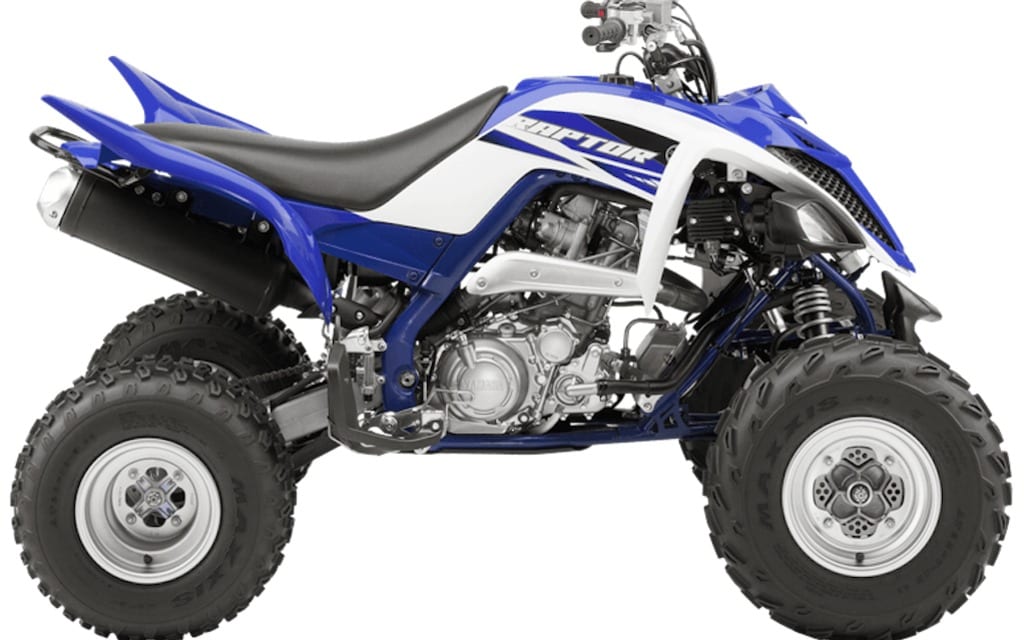 Yamaha, the best-selling sport ATV brand in the U.S.*, continues to push the limits of performance in the sport category with the 2015 Yamaha Raptor 700R  pulling approximately 10 percent more power this year from its fuel-injected 686cc, 4-stroke, liquid-cooled, SOHC, 4-valve, single-cylinder engine.

Power makes the Raptor the top big bore, but it is the addition of superior handling and comfort that makes it one of the best sport ATVs of all time. Yamaha improved these aspects on the 2015 model as well with new front and rear suspension settings and new construction Maxxis 22-inch front tires providing increased comfort and superior handling. The Raptor 700 (non-R) receives many of the same performance updates for 2015 – offering superior performance at an extreme value – $500 less (MSRP).

“Yamaha, year-over-year, has committed to furthering the sport ATV market and as such has dominated by bringing new and improved models like the Raptor 700R,” said Steve Nessl, Yamaha’s ATV and SxS group marketing manager.

The 2015 Yamaha Raptor 700R  will come in a new Yamaha Blue/White color scheme with and an MSRP of $8,199 – no price increase over the 2014 models. A Special Edition model with unique black-white plastics and red painted frame plus GYTR heel guards and front grab bar will also be available for $8,799 MSRP. A standard (non-R) version Raptor 700 in Yamaha Blue/White has an MSRP of $7,699.

The new Raptors will be available this fall and are being assembled at the U.S. factory in Newnan, Georgia.